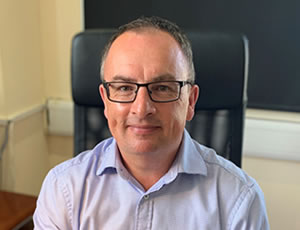 Adrian joined the British Army in 1981 leaving his home town of Ipswich to spend his initial two years military service at the Army Apprentice College, now the Foundation College, in Harrogate.

Originally Adrian trained as an electronics engineer in the Royal Corps of Signals but, like most careers in the Armed Forces, he gained opportunities to train in other areas obtaining additional skills and qualifications. His military career took him to various locations around the world including Germany, Bosnia, Northern Ireland, Cyprus, The Falklands and Nepal.

Adrian spent his final 4 years Army service working within a Tri-Service military recruitment environment. It was during this final posting that Adrian decided that there was a requirement for a commercial recruitment agency that specialised in promoting the skills and employability of ex-military personnel. In March 2005 Adrian established Demob Job.

‘It’s been very rewarding seeing my initial idea grow into an established business. I have a great team who deliver a valued service to many companies throughout the UK resulting in the Demob Job brand name being synonymous with the delivery of quality candidates’

Away from work Adrian spends too much time at the cinema, walking his dogs and not enough time out running having convinced himself that it is within his capabilities to run a sub 2 hour Great North Run.

We use cookies to ensure that we give you the best experience on our website. If you continue to use this site we will assume that you are happy with it.Ok